The growth of the Jaguar F-Pace compact crossover is incredible. The initial model in 2016 had a great success. It caused releases of new vehicles in SUV segment. Now, Jag is releasing E-Pace subcompact crossover and I-Pace electric vehicle. Finally, there is a special version of the model that started everything. The 2019 Jaguar F-Pace SVR will be able to crunch out over 550 horses. Other specs and features of this car are magnificent as well.

Furthermore, the 2019 Jaguar F-Pace SVR is already on streets. Well, it is not the production version, but the test mule. Spy shots are available, and we can spot some upgrades which will make this SUV more spectacular. Finally, the price is also getting a significant boost, making the F-Pace SVR one of the most expensive models from this carmaker. 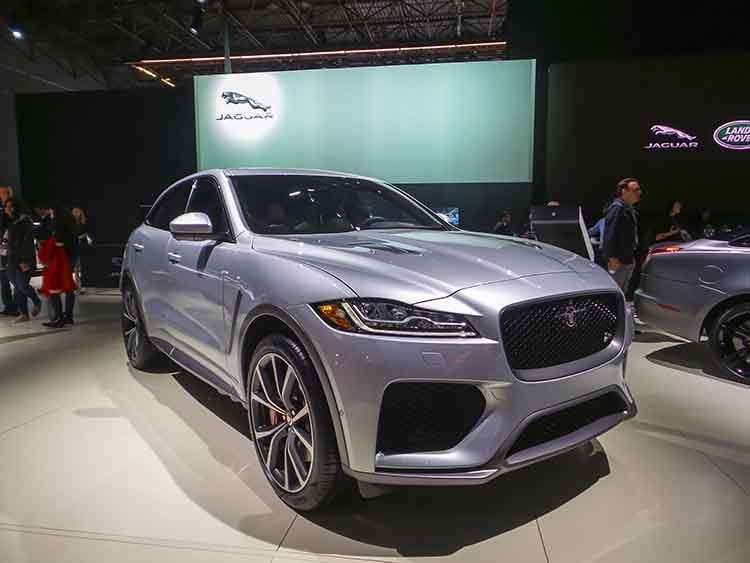 The 2019 Jaguar F-Pace SVR will use a huge V-8 drivetrain. A 5.0-liter displacement will get the special treatment to produce roughly 550 horses. The performance-oriented version of this compact SUV will also create 500 pound-feet of torque. This will make F-Pace SVR the true competitor to Audi SQ5 and Porsche Macan Turbo.

According to the first information, the crossover will be able to sprint to 60 mph in just 4 seconds. However, the Alfa Romeo Stelvio Quadrifoglio can do it almost half of the second faster. Furthermore, 2019 Jaguar F-Pace SVR can reach 176 mph.

It is not everything in the engine. Engineers are pairing a 5.0-liter V-8 with an 8-speed automatic transmission. Also, the SUV uses an all-wheel drive only. Furthermore, the unique design provides a better airflow. With better aerodynamics, the SVR will stream down the road smoother. 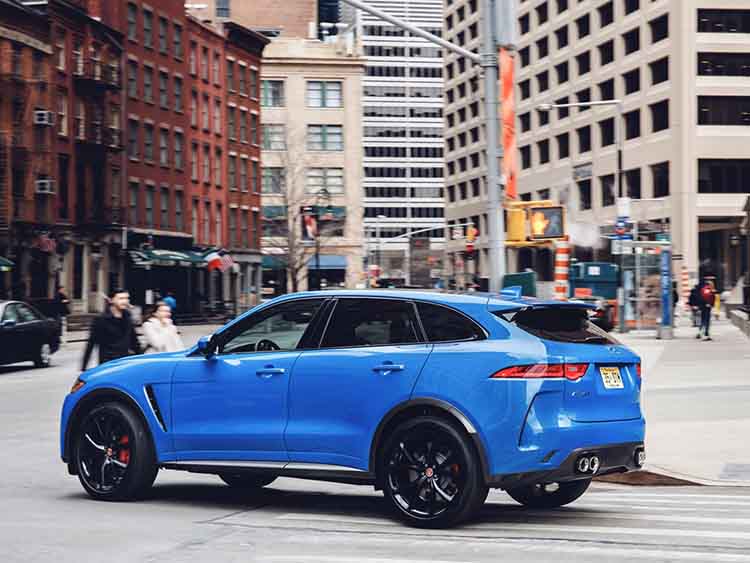 We already mentioned more aggressive appearance which is also quite functional. So, besides better aerodynamics, it also makes the styling of the 2019 Jaguar F-Pace SVR more appealing. From what we could see from spy shots, larger air intakes are main difference on the front fascia. Other elements are well hidden so we can’t speak too much about bumper and grille. Moldings are definitely unique. The exhaust system is different than on standard F-Pace, while the SVR version rolls on 22-inch wheels. Well, these will be optional to 21-inch rims.

Not only exterior but also interior gets a revisit. So, the cabin of 2019 Jaguar F-Pace SVR is going to follow aggressiveness and boldness we see outside. Special stitching with many details and SVR badges will definitely indicate this is a unique version. Buckets will offer even more comfort than the standard version. And we thought it hardly can be better. Infotainment features are the latest generation gadgets. Buyers will need some time to gel with these. 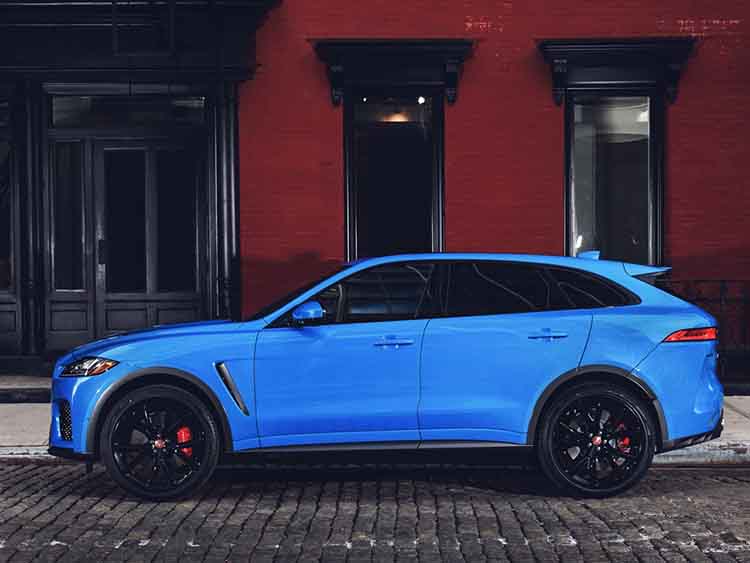 Good news fans! The 2019 Jaguar F-Pace SVR arrives already in the summer. However, its price will disappoint you. With a cost of $80,000 it declares as the true competitor to models we already mentioned. Whatsoever, we believe that Jag will prepare some extra features for its performance-oriented vehicle. In that case, the price can just go up.

The 2019 Jaguar F-Pace SVR will be another vehicle in not so crowded segment. It will increase its chances to make the impact and fulfill expectations. However, the performance-oriented luxury compact SUV class is not so attractive. It has fans, but not too many people can afford one of these crossovers. The price is the major weakness of the F-Pace SVR, but owners will immediately see it is worthy of investment. We could expect from the British carmaker to drop the cost a bit, to lure more buyers. But, they will slap the price tag similar to these we will see on Porsche Macan Turbo and Alfa Romeo Stelvio Quadrifoglio.