Although it lasted only for three years, the Aviator left a visible trace in hearts of many fans. This vehicle used to be a leader in innovations. Back in 2003, it had some features that we can even now consider as premium. So, what to expect from new 2019 Lincoln Aviator SUV that comes at NY Auto Show? The company released few teasers but unveiled almost nothing.

However, some leaking information and comparisons to similar models are there to speak about 2019 Lincoln Aviator. The crossover is replacing an MKT SUV in the mid-size segment. Sales of its predecessor decline, and it was a clear mark for Lincoln to do something. The result is a return of the Aviator. It will share many things in common with Ford Explorer. So, we can call it a luxurious version of the SUV manufactured by the Blue Oval company.

The things are becoming more and more interesting with Lincoln. After Nautilus, we have a new SUV taking place of one of the MK models. We believe that the company is replacing the entire lineup, and the next to see it 2019 Lincoln Aviator. We mentioned Nautilus since it is very likely that two models will share few similar things. First of all, design solution of the grille could mark the new start. Also, the interior will follow the same language.

Bigger than Nautilus, smaller than Navigator

The Lincoln Navigator is a full-size crossover and a flagship model of this company. Together with Continental, it is the most famous name coming from Lincoln. The new Aviator can’t be compared to it in many ways. But, the youngest vehicle in the lineup will take a position just under Navigator. Also, the 2019 Lincoln Aviator will be bigger than Nautilus. It is obvious that two new SUVs will have similar equipment and design. However, the new 2019 Aviator could borrow something from Lincoln Navigator. It is not going to be a surprise if we see the rookie in Black Label suit right from the start of its new life.

Under the hood of the 2019 Lincoln Aviator will probably lay a 3.0-liter twin-turbo V-6 unit, which also creates energy for Continental sedan. It is pretty potent, with possible outputs of 400 hp. Since the Aviator is going to be heavier than its sibling, we believe it won’t be able to achieve 20 mpg combined. A drop of one or two miles in fuel economy is also not so bad result.

The engine is delivering power through a 6-pace automatic transmission. However, Lincoln could tune this gearbox to operate smoother. This can also improve the gas mileage of the 2019 Lincoln Aviator. Furthermore, the crossover will offer two drive methods, with all-wheel drive as an alternative to FWD mode. 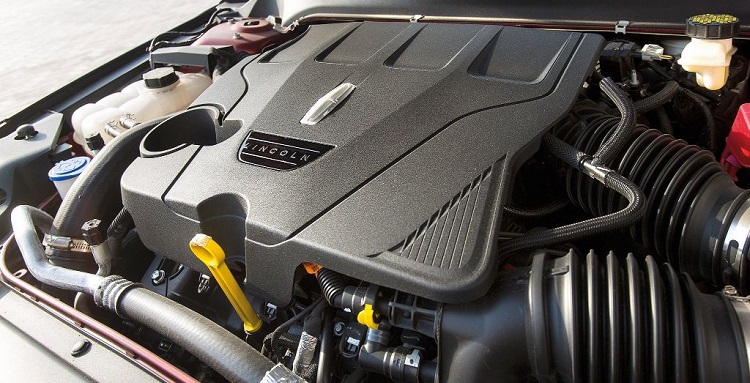 The company already announced the vehicle of the upcoming motor show in New York. Also, we can see first teaser images. However, these are not showing too much. So, we need to wait to see what 2019 Lincoln Aviator is going to look like.

Experts are already trying to figure out the pricing of the new SUV. Bigger than Nautilus means it will probably cost more. Of course, it is far away from Navigator, and so it is with the price. Since it replaces MKT, Aviator could inherit the price of around $45,000. It should be around $5k more than Nautilus.

Although we will see it by the end of this month, the 2019 Lincoln Aviator will come to dealerships in about six months. Until then, the company will unveil piece by piece of its specs and details, as well as trim levels. We are eagerly waiting to hear if this SUV is going to get a Black Label version.