The German luxury carmaker has a very long list of models in the offer. However, it seems it’s never enough. The 2020 Audi Q6 is expected to be one of the newest additions and both the company and the crowd have great expectations from this model. It’s not hard to make a conclusion that this is going to be a crossover. Moreover, the company from Ingolstadt sticks to its designation philosophy, so even-numbered crossovers resemble coupe-like crossovers.

These types of vehicel appeared more than a decade ago, with models like BMW X6. Still, they gained popularity only a couple of years ago, so the segment is in a big expansion these days. Numerous carmakers are coming with such designe. Audi recently came with the all-new Q8 and the 2020 Audi Q6 is going to be its smaller brother. Therefore, it will be a compact crossover, which leads us to a conclusion that we are about to see a lot of similarities with the recently redesigned Q5 crossover.

When it comes to base design characteristics, the 2020 Audi Q6 will have a lot in common with the more familiar Q5 model. The compact crossover has been around for more than a decade, while the current generation rides for about two years. The new coupe crossover will use most of its mechanics. It will ride on a familiar MLB platform, the same version that underprints compact crossovers like Porsche Macan as well. Along with the same platform, could pretty similar chassis setup and other mechanics. In terms of size, we could easily see the same wheelbase, which measures exactly 111 inches. Still, the new crossover is expected to be slightly shorter, due to shorter overhangs, especially at the rear end.

In this aspect, the 2020 Audi Q6 will be quite different compared to its odd-numbered sibling. First of all, count on a completely different body style. Instead of a typical SUV layout, this model will come with a coupe-like shape, which will accentuate the model’s sportiness and aggressive character. Of course, the most distinctive part of the new model will be the roofline. Count on a fastback, sloping layout. This will probably include differences on parts like taillights, which will take inspiration from other Sportback models of Audi’s lineup. At the front, the 2020 Audi Q6 should have much more similarities with the Q5 crossover. Still, keep in mind that the German manufacturer introduced a new design language recently, which is a little bit different than the one that characterizes the compact crossover. There is a slightly different grille, as well as headlights and bumper. We should see these novelties on the 2020 Audi Q6, while the Q5 will probably have to wait for a facelift to get them. That should happen in a year or two.

On the inside, we cound on same design solutions as in the new Q5 model. This includes practically the same dashboard, which is characterized by lots of straight horizontal lines and angular shapes. It comes with a nice tablet-like touchscreen, while the amazing digital instrument cluster, known as Audi Virtual Cockpit. In terms of the overall interior quality, we expect nothing less than hi-end materials all around the cabin, just it is case with the Q5. When it comes to the interior space, front seats will definitley be spacious and comfortable. On the other side, the rear bench could be very tight. There is a sloping roof design, which significanlty limits headroom. Another big issue is a huge floor hump in the middle seating position, so four adults will definitley be the best you can count on with the 2020 Audi Q6.

On the other side, count on a full load of standard equipment, including latest tech goodies and advanced safety systems and driver aids.

We count on two familiar gasoline engines in the offer for the U.S. market. Base models will feature a familiar 2.0-liter turbo inline-four, which is good for about 250 horsepower. It comes in pair with a 7-speed automatic gearbox. For those who prefer peppier ride, there is a new 3.0-liter twin-turbo V6, which is good for about 350 horsepower. This one is coupled with an 8-speed automatic. Despite plenty of power, both engines feature quite decent mpg ratings, pretty much average for the class.

We count on diesel versions in the offer on other markets as well. Of course, count on the company’s famous 3.0-liter V6 TDI, which delivers around 282 horsewpeor and 457 pound-feet pf torque.

According to the latest reports, the 2020 Audi Q6 could arrive already in the next year. When it comes to the price, base models will probably go around 50.000 dollars. 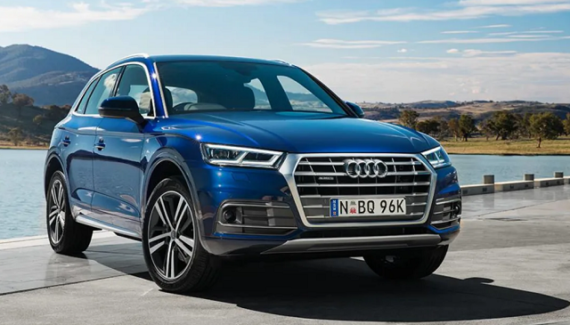