The current generation of the popular crossover has been around for some time. More precisely, since 2015. Therefore, it was expected from 2020 Mercedes-Benz GLC to come with updates. The new model has been premiered this March at Geneva Motor Show and we are now eagerly waiting from it to hit the market. The changes are various. This is a mid-cycle update, so you can see changes in various aspects, starting from an updated styling and novelties from the inside.

However, that’s not all. There are also novelties under the hood, as well as a whole bunch of new standard features, especially in terms of safety. Along with the standard model, the coupe version has been updated as well and it follows the styling changes that came with the base model. Since there is a nice amount of novelties, the 2020 Mercedes-Benz GLC will hit the market earlier than usual, sometime in the third quarter of the year.

The first thing we should mention about the 2020 Mercedes-Benz GLC that this is a typical mid-cycle update. Therefore, the company didn’t put too much effort into mechanical changes, which seems natural. Moreover, even the visual exterior changes are quite modest and subtle and the reason for that is quite obvious. The GLC is the company’s best-selling model in North America and many other markets, so the company wasn’t for some bigger experiments.

Therefore, most of the changes that came with this update are quite modest. Of course, a waste majority of them is at the front, where you can see a new face, which includes a slightly revised grille, headlights, and bumper. The rest of the vehicle comes with a much smaller amount and intensity of changes. Still, we must mention that there are also some typical updates, such as new color options, wheels etc.

The interior 2020 Mercedes-Benz GLC also comes with a nice amount of novelties. Moreover, the differences are more notable on the inside. Of course, most of them came on the dashboard. A new 12.3-inch digital instrument cluster is definitely one of the highlights. Also, there is a new, larger 10.25-inch touchscreen. The company has also introduced a new steering wheel. Actually, two of them.

Other than that, the cabin of 2020 Mercedes-Benz GLC continues in a familiar way. The overall layout is the same, which means that you can count on the same amount of space on the inside. You can count on two quite comfortable rows of seats, which have more than enough space to accommodate four adult passengers, five for shorter trips. Also, you can count on about 20 cubic feet behind rear seats. The overall cargo capacity goes around 65 cubic feet.

When it comes to standard equipment, there are some interesting novelties. However, base models still come with synthetic leather upholstery, 18-inch wheels and similar features that characterized the pre-facelifted model as well. Still, that doesn’t mean that the 2020 Mercedes-Benz GLC is a bare bone. It comes with a long list of standard equipment, which also includes things like 10.3-inch touchscreen for infotainment with Apple CarPlay and Android Auto, heated and power-adjustable power seats, power liftgate etc. Of course, you can get much more in higher trims, including tech goodies like Wi-Fi hot spot, voice controls, a rear-seat entertainment system, satellite radio and many more.

Under the hood, things are largely the same, though a familiar turbo-four engine comes with notable revisions. It is more powerful and efficient than before and now delivers around 255 horsepower and 273 pound-feet of torque.

The rest of the lineup continues in the same way. That means you can count on a familiar V6 engine, which is good for about 360 horsepower. Also, there are two V8 units, with either 469 or 503 horsepower.

Of course, there is also a plug-in hybrid version in the offer. This system is based on a four-cylinder engine that comes in pair with an electric motor. A combined output goes around 315 horsepower.

While gasoline engines come in pair with a nine-speed automatic transmission, the hybrid model comes with a seven-speed dual-clutch automatic gearbox.

According to the latest reports, the 2020 Mercedes-Benz GLC will hit the market sometime in the third quarter of the year. Also, we don’t expect bigger changes in price, so base models should go around 41.000 dollars. When it comes to the competition, key rivals are models like BMW X3 and Audi Q5. 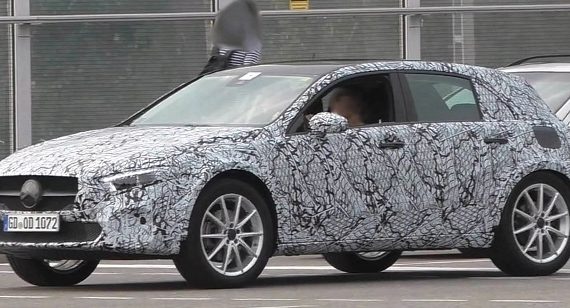