The second generation of the funky subcompact crossover has been unveiled yesterday. The new model shows a new styling, as well as the interior design, so we are now eagerly waiting for more specs. During these year or two of speculations, we’ve been hearing various reports about the Juke’s future. Many experts were even suggesting discontinuations, though we always knew that this won’t happen, due to the model’s great popularity in Europe and some other parts of the world. The 2020 Nissan Juke is ready and will hit the market soon.

The new model brings a lot of novelties, starting from completely new mechanics. The styling has been improved as well. It resembles the original version a lot, but also comes with tons of new aesthetical solutions. On the other side, the interior is pretty conventional and has a lot in common with other models in the lineup. Also, there is a new turbo engine, the only one we know so far that will power this stylish crossover. Expect to see it on sale in a couple of months.

The original model was in production for almost a decade, so there’s no need to tell how eager we were about this redesign. The funky crossover comes with lots of changes. First of all, there is a new platform. The 2020 Nissan Juke switches from the old B to a modern CMF architecture. More precisely, the new Juke has most in common with models like new Renault Clio and Captur. Of course, we are talking about mechanics, where benefits are more than obvious.

The new model will be lighter, more efficient and will feature much better driving characteristics. Also, expect a little bit smoother and quieter ride. In terms of the size, the 2020 Nissan Juke is slightly bigger. It gets three more inches in overall length while measuring 71 inches in width and 63 in height.

This has always been the most interesting thing about the Juke. Once again, this subcompact crossover comes with a pretty distinctive appearance. The new model closely resembles the original, though the overall shape looks a little bit cleaner. At the front, you can notice a well-known lighting configuration, which includes three lighting groups on each side. The middle lights, headlights, are still round.

On the other side, the upper section is much sharper, almost razor-like. Interestingly, the company managed to implement a bit of the brand’s design language as well, despite the distinctiveness. Therefore, the V-motion grille is here, as well as a familiar front fascia. Despite numerous novelties, the rear end remains quite familiar. It comes with plenty of muscles and with a roofline that ends in a hatchback manner, while taillights now look much better.

On the other side, the interior design isn’t as distinctive as the exterior design. You won’t notice too many unique details like it was the case with the original. This time, the Japanese manufacturer plays on a safe card and also probably want to cut production costs in order to make a competitive price. Therefore, you will find the dashboard look pretty familiar. That’s because it takes most of the design solutions from the new Senta, with three air-vents at the center and a tablet-like touchscreen positioned above.

Of course, we have no doubt that the new 2020 Nissan Juke will come with various attractive color schemes in the offer. Naturally, the new model will bring significant improvement in terms of technology, especially if we consider that the current model is quite outdated in this aspect. Therefore, we count on lots of novelties not just in terms of tech goodies, but in terms of safety as well.

At this point, we know only one engine for the 2020 Nissan Juke. The unveiled model features a new 1.0-liter turbocharged three-cylinder unit, which delivers around 115 horsepower. There’s no doubt that this will be the base powertrain options. We count on a few more units in the offer. Details are unknown, but we presume that a performance, Nismo version will be in the offer too. At this point, the diesel engine is still a mystery. We presume that European versions will get one of these. Of course, we are talking about a well-known 1.5-liter dCi turbodiesel, famous for its impressive fuel economy ratings. Electrified versions are expected as well.

We presume that the new 2020 Nissan Juke will hit the market pretty soon, probably in about a month or two. At this point, we are still waiting for pricing details. The company is still silent on this matter, though we may presume that base models will go around 15/16.000 Euro.

Will 2020 Nissan Juke come back to North America?

At this point, it is still unclear whether the Juke is coming back to North America or not. We still haven’t heard anything from the officials, but it looks that the this probably won’t happen. Nissan currently offers a model called Kicks there, which is far more conventional, but of a similar size. It sells pretty well on the market, so we presume that Nissan won’t change anything after the arrival of the new 2020 Nissan Juke. 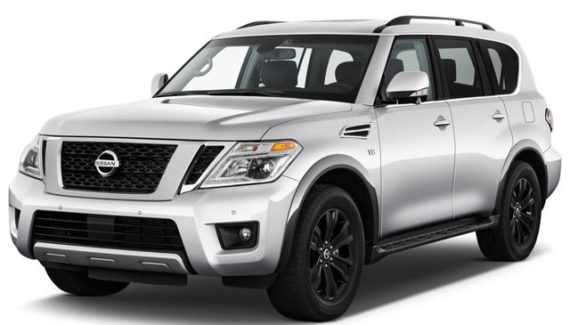