Once a typical body-on-frame SUV, the Pathfinder is a crossover these days. The current generation switched to a unibody platform, so this model is now oriented more to the road. However, years are passing by and the current model is getting older. It has been around since 2013, so we could presume that a redesign in the near future is pretty much a certain thing. However, it looks like we will have to wait for a year or two, which indicates that the 2020 Nissan Pathfinder is about to carry on in the same way.

Count on same design characteristics, which make this crossover pretty sturdy and capable. The best we could see for the next year are new standard features and new color options. Other than that, things will remain the same. So, don’t expect to see 2020 Nissan Pathfinder any earlier than usual. It will hit the market late in the year.

As we already mentioned, base design characteristics won’t change for the next year, so there are no surprises to come from the 2020 Nissan Pathfinder. We count on the same design, which is based on the company’s familiar D platform, which is reserved for many mid-size cars from this Japanese manufacturer. Despite the unibody platform, the Pathfinder hasn’t escaped from its past entirely. You can notice a pretty bulky exterior design, which makes this model look bigger than it actually is. The current model seems like a transitional period from the body-on-frame platform and it looks that the next generation will finish this switch and finally become a modern crossover. Meanwhile, the 2020 Nissan Pathfinder will continue to deliver not so dynamic ride, handling that feels very rudimental. Still, don’t exclude a possibility to see new exterior colors in the offer.

We talked about Pathfinder’s pedigree of a capable SUV and the fact that the current model still looks pretty SUV-ish. This is even more notable on the inside. There you can notice a very traditional dashboard layout, characterized by a massive center stack and console. Although the overall quality of the cabin looks very good, there’s no doubt that the current layout looks outdated. Tons of old-school buttons and knobs and a pretty basic infotainment system are some of the most obvious indicators.

On the other side, comfort is at a pretty high level. The Pathfinder accommodates 7 passengers and the first row is particularly comfortable, thanks to massive and supportive seats. The second row is also very generous in terms of space and overall comfort. On the other side, the third ow is typical for the class and can’t really accommodate adult passengers in a proper way. When it comes to the cargo capacity, the overall capacity of 79.5 cubic feet definitely doesn’t sound spectacular. However, the Pathfinder offers more space than most rivals, when it comes to volume with all seats in use. In this case, you can count on 16.2 cubic feet.

When it comes to tech features, the 2020 Nissan Pathfinder should continue in the same way and come with things the 8-inch touch screen, a six-speaker stereo, satellite radio, HD Radio, Bluetooth, and six USB ports. Those are features that characterize base models. In higher trims, you can also get things like remote start, a panoramic moonroof, a 13-speaker Bose stereo, a 120-volt outlet, a tri-zone rear seat entertainment system, navigation, wireless charging, Wi-Fi hotspot and many more.

There is just one engine in the offer for the 2020 Nissan Pathfinder and is very powerful. Of course, we are talking about Nissan’s familiar 3.5-liter V6, which is good for 284 horsepower. The engine is paired with a CVT gearbox, which simulates gear shifts and really feels more like a traditional automatic transmission. When it comes to fuel economy, the Pathfinder stands pretty good. You can count on 20 mpg in the city and 27 mpg on the highway, which are pretty solid numbers for the class. Another strong point of this SUV is towing capacity, which goes up to 6.000 pounds, which is more than most rivals.

Considering that there are no bigger changes to come, the 2020 Nissan Pathfinder is expected to hit the market sometime late in the year, probably in December. When it comes to the price, the current model starts at around 31.500 dollars and don’t expect bigger deviations for the next year. 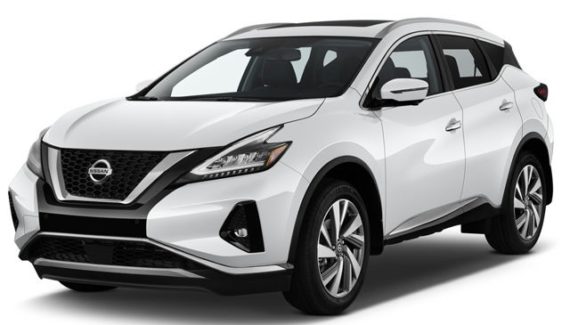