After great reception of the astonishing iNext concept, BMW is working to offer the production version as soon as possible. According to the latest reports, that could happen pretty soon, maybe already in the next year. The testing model has been riding around for some time, while the Bavarian carmaker also came with a couple of rendering photos. The new model is about to come as the 2021 BMW iNext and it will be an electric alternative to the brand’s most popular crossover, the X5, at least in terms of size and interior space.

Of course, the most interesting will be the drivetrain compartment and it looks like we are about to see several versions in the offer, with different battery packs and amount of power, which in practice means different ranges, accelerations etc. As we’ve already mentioned the new model could hit the market already in the next year

The testing model has been spotted on the road for a couple of times and although it still wears a complete camouflage, we can see some of the details that will characterize the new all-electric SUV. Compared to the concept version, some changes have been made. The production model generally looks much more conventional. Even with the camouflage, it clearly shows a pretty conventional SUV shape, similar to X5 and X7 models.

Of course, some of the details will be taken from the concept version, but many of them will be replaced as well. Probably the first thing you will notice is that the production model features B-pillar and replaces suicide doors with conventional ones. Also, those fancy wing-mounted cameras have been replaced with conventional side mirrors. Finally, we expect that the 2021 BMW iNext won’t feature such futuristic front end and that the grille will be designed in a typical BMW manner, with a couple of distinctive details, of course.

Unlike the exterior, the interior design is still a mystery. The testing model still isn’t showing anything, so we must rely on speculations. Of course, we don’t expect to see as the futuristic cabin as in the concept. The 2021 BMW iNext will come in a more conventional manner. We don’t expect to see that fancy steering wheel that collapses into the dashboard once the autonomous driving model has been activated. Moreover, the Bavarian carmaker already came with a teaser photo that shows how the new steering wheel will look like.

On the other side, we presume that the touchscreen control in the second row may find its place in the new model. It may not be as fancy as in the concept but will allow passengers to control climate functions and other things. Speaking of the rear seats, two rows will be standard, but there’s a chance to see a three-row version as well.

The Bavarian carmaker still keeps powertrain details as secret, but latest reports suggest that the 2021 BMW iNext will come in three versions, with different battery capacity and output. Most likely, standard models will feature 63-kWh battery and RWD layout, with enough power to ensure 0-60 sprint in about 4.5 seconds, as well as a 285-mile range. A mid-range option will feature 92-kWh battery and it won’t feature just a longer range, but more power as well.

The 2021 BMW iNext could hit the market already in the next year. When it comes to the price, some reports suggest that base models could go around 80.000 dollars. 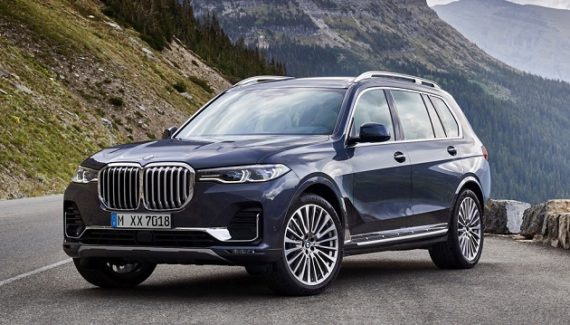