Home
\
Chevrolet
\
2021 Chevy Trailblazer Will Hit The Market This Spring

GM is seriously expanding its SUV lineup these days. One of the latest additions is the 2021 Chevy Trailblazer, which is expected to hit the market next spring. Although we are talking about a quite familiar nameplate, this will actually be a completely new model. You may count on a completely new design and significantly smaller size compared to the original model that carried this name.

The most significant difference will be the platform, as the new model will be a modern unibody crossover. It will be subcompact and slotted in between Trax and Equinox. You may count on loads of interesting features, starting from an attractive look, well-built interior and two turbocharged engines. The new model has been presented already and we are now eagerly waiting to see its arrival to the market. According to the latest reports, that could happen already in the first quarter of next year.

As we already mentioned, the 2021 Chevy Trailblazer will carry a familiar nameplate, but won’t have anything in common with the previous two generations that used this name. Of course, the most significant change is a new platform. Instead of a traditional body-on-frame plafrorm, we are about to see a modern, unibody crossover. We are talking about the same one you can find in the new Encore GX, which debuted in China recently.

The new 2021 Chevy Trailblazer will be a compact crossover, but slightly bigger compared to Trax. You may count on a 103.9-inch long wheelbase, while the overall length goes around 173.7 inches. With such numbers, the new model should be spacious and functional enough to compete in a very crowded segment, where some of the key competitors are models like Honda HR-V, Ford EcoSport, Mazda CX-30 etc.

One of the most interesting aspects of the 2021 Chevy Trailblazer is its styling. Just one look and you can easily notice that the new model follows Chevy’s latest design language. You may find a lot of similarities with the new mid-size Blazer, particularly at the front. In that area, you can see pretty much the same headlights, grille and other parts. The rest of the crossover also resembles a bigger brother. The overall shape looks quite attractive and definitely has some off-road intentions. After all, FWD versions will be in the offer as well.

Another interesting thing we should mention is that the new model will feature distinctive stylings, depending on the trim level. At this point, we know that the 2021 Chevy Trailblazer RS will come with a little bit sportier attitude, with a different grille and a couple of more details. On the other side, the Activ trim will come with a more adventurous approach, with bigger wheels and all-season tires.

This aspect should bring some nice improvements compared to current models in the company’s lineup. The new cabin seems to be more functional, as well as better-built. The dashboard looks attractive and it is highlighted by a large touchscreen at the center stack and quite attractive instrument cluster. Besides good overall quality, this cabin will also have to offer a pretty decent amount of space. Both rows will be adult-friendly, while the latest reports also suggest pretty good 55 cubic feet of max cargo space.

You may presume that the 2021 Chevy Trailblazer will also come with lots of standard equipment. Of course, all those tech goodies come to mind first, but the thing that impresses us more is the list of standard safety features, which hasn’t been a strong point of Chevy models so far. The new one will come standard with things like Front Pedestrian Braking, Automatic Emergency Braking and Lane Keep Assist with Lane Departure Warning. In higher trims, you’ll be also able to get more advanced systems like Adaptive Cruise Control, Rear Park Assist, High-Definition Camera etc.

At this point, we don’t know the details, but most reports suggest the new 2021 Chevy Trailblazer will hit the market in the first quarter of 2020. Also, the company claims that base models will go under 20.000 dollars, which seems quite affordable, even for the segment of subcompact crossovers. 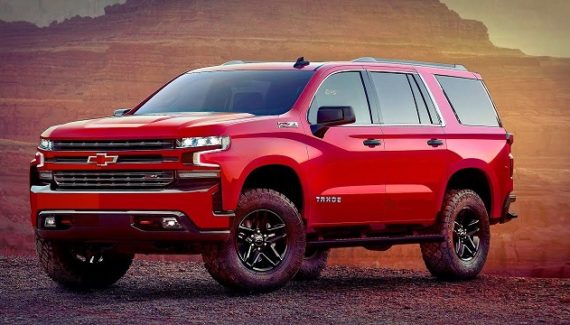