Rumors about the revival of the legendary SUV have been circulating for years and it looks the new model is finally on its way to the premiere. According to the latest reports, that could happen already this year, while sales would start a couple of months later. Fans have big expectations from a nameplate that has been in use for a full three decades. Still, the new model will come in a little bit different manner. Instead of being a conventional SUV, the 2021 Ford Bronco will come with a lot of lifestyle elements, as the Blue Oval company is aiming Wrangler as the closest rival.

Therefore, you can be sure that this will be a genuine off-roader, with a traditions BoF platform and loads of interesting design solutions. Also, the latest reports are suggesting a variety of powertrain options, including a hybrid version.

Let’s start with base design characteristics first. The 2021 Ford Bronco will be a traditional body-on-frame SUV, with accentuate rigidity and focus on off-road performances. When it comes to the platform, we have no doubt that the new model will share the architecture with the next-generation Ranger, which also about to come in the next year. Interestingly, that won’t be a completely new platform, but rather an evolution of the existing T6 Ranger, which has been around for about eight years. In any case, we expect that a lot of technologies and design solutions will be borrowed from the full-size F-150 truck, particularly in terms of the use of lightweight materials, such as aluminum and HSS. Another novelty is that the platform will be available for electrification, so we count on a hybrid version of the 2021 Ford Bronco as well.

The 2021 Ford Bronco is expected to be unveiled later in the year and we probably won’t see anything before that. Still, we can say that the new model will come with a quite boxy shape and that it probably won’t follow the brand’s current design language too much. We count on a lot of distinctive details. Also, we count on two body styles in the offer. Just like the Wrangler, the 2021 Ford Bronco should also come in two- and four-door variants. Also, the latest reports are suggesting a removable roof and doors. Moreover, certain sources claim that Ford has developed a new hinging system, which will make this whole process much faster.

Just like the exterior, the interior of the 2021 Ford Bronco should also come with a plethora of distinctive details and the latest reports are suggesting a digital instrument cluster. Of course, we count on all other kinds of tech goodies. As we’ve just mentioned, both two- and four-door versions are about to come, so you may count on different specs in terms of legroom, cargo volume.

At this point, we know for sure that the new 2021 Ford Bronco will come standard with a 2.3-liter turbo-four. This EcoBoost engine already powers the current Ranger and delivers around 270 horsepower and 310 pound-feet of torque. This is a quite respectable amount of power, so we may presume that a slight power boost won’t happen. Still, we count on a new 10-speed automatic transmission, which promises a smooth and fuel-efficient ride. Some reports suggest a manual gearbox in the offer as well.

Also, it won’t be a surprise if we see a performance-oriented model, probably with a “Raptor” badge. This version would probably feature a 2.7-liter V6 with around 325 horsepower and 400 pound-feet of torque. More details will be known soon.

Besides the conventional gasoline engine option, the 2021 Ford Bronco will probably come with a hybrid powertrain as well. At this point, details are still unavailable. Still, there is a big chance to see the same system we are about to see in the upcoming F-150 hybrid.

According to the latest reports, the 2021 Ford Bronco could be unveiled already in November, at the LA Auto Show. Of course, sales would start a couple of months later, probably in the first quarter of the next. Interestingly, the new model will be produced in Wayne, Michigan, the same factory where legendary Bronco models were produced between 1966 and 1996. 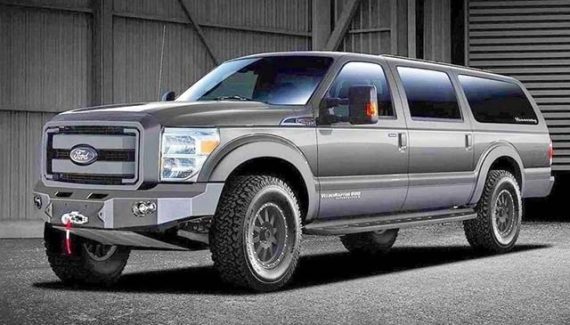 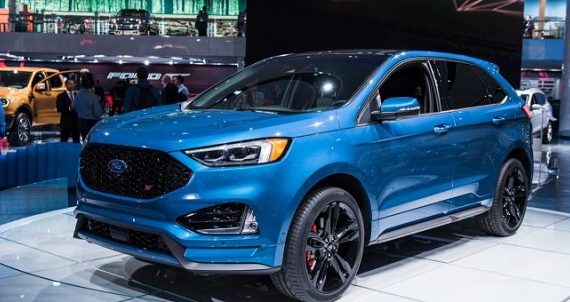