The new, fourth generation of the compact crossover is coming soon and we are already getting reports about the 2021 Ford Escape, which is also about to come with novelties. Ford’s representer in the segment of compact crossover has been the second best selling model in North America after F-Series. However, it has been outsold by most rivals, including not just Rav4 and Honda CR-V, but models like Nissan Rogue and Chevy Equinox as well.

Therefore, this redesign has been eagerly awaited by the fans of Blue Oval company and the new model definitely has a lot of things to show. The new model will be more stylish, more driveable, more comfortable, and more efficient. The new generation is about to hit the market in a month or two, but the 2021 Ford Escape is about to come with novelties as well. At this point, we know about a plug-in hybrid version. Still, that could be not the only novelty for the next year.

The biggest novelty for the second production year will be a plug-in version of this compact crossover. Ford is taking pretty seriously the electrification plan, so two electrified versions of the 2021 Ford Escape will be in the offer. This one will be more powerful and more efficient than a traditional hybrid model, and also more expensive. It will be based on a 2.5-liter four-cylinder engine and will feature two more electric motors, for a total amount of 209 horsepower. That should ensure pretty decent driving dynamics. Also, count on a 14.4-kWh battery pack, which should ensure a quite decent all-electric range as well. On the other side, details about the fuel economy are still unavailable.

Unlike the plug-in hybrid, the regular hybrid version is pretty much ready for production and it will be offered already for 2020 model year. This system is also base on a 2.5-liter gasoline engine and also comes with two electric motors. However, it features slightly less power, around 198 hp, as well as a small 1.1-kWh battery pack. Although real-life numbers are still unavailable, the company claims the new system will be able to ensure 38 miles per gallon in a combined ride. This is quite close to the undisputed Rav4, which returns pretty impressive 40 mpg combined. Also, the total range of this model will be around 550 miles,

In terms of base design characteristics, the 2021 Ford Escape won’t change, which seems logical for the second production year. This redesign is bringing a lot of novelties and the exterior design leaves probably the biggest impression. The new model takes a lot of inspiration from the new Focus. Moreover, it looks more like a hatchback than a crossover. Thanks to a sleek profile and lots of smooth lines, it looks smaller than its predecessor, although it’s actually slightly bigger.

Smooth and clean lines aren’t the only thing we like about this crossover. Traditionally, Ford also offers an excellent suspension setup, which makes this crossover very driveable. In this aspect, the new 2021 Ford Escape will remain among class leaders, along with models like Mazda CX-5.

The interior of the 2021 Ford Escape probably won’t feature any notable change. The recent redesign has brought a lot of novelties. So, we don’t see any reason why there would be any changes for the second production year. In the new model, you can easily notice that most of the design solutions have been borrowed from the new Focus, which has been recently redesigned as well.

The new cabin looks more upscale than before, thanks to lots of new hi-quality materials. Also, the thing we like is the fact that the new cabin has kept a lot of physical controls. Of course, a large 8.0-inch touchscreen is here, with the company’s latest SYNC3 infotainment system, as well as loads of other tech features.

Despite the arrival of the new plug-in hybrid version, we don’t expect to see the new model much earlier than usual. The 2021 Ford Escape should hit the market sometime late in the next year. When it comes to the price, base models will go around 25.000 dollars. On the other side, range-topping models could easily go over 40.000. When it comes to the new plug-in hybrid model, details are still unavailable. 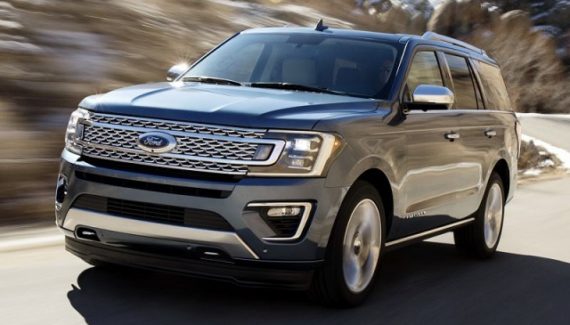