The Expedition is currently the only SUV in the company’s lineup and many consider it the best model in the class of full-size SUVs. The current generation is quite fresh, as it has been around for just a couple of years. However, the competition is getting stronger these days, as Chevy Tahoe and Suburban are about to come completely redesigned. We are also expecting some updates from Japenese competitors, so rumors about the 2021 Ford Expedition update seem natural. According to these reports, the upcoming model year is about to come with notable updates. This means both in terms of styling and new features.

Of course, the focus will be on aesthetics. Still, we don’t expect significant revisions in this case, but rather subtle ones. Also, we could see additions in terms of standard equipment, as well as a couple of tweaks ot the interior design. The 2021 Ford Expedition could come a litle bit earlier than usual. Probably sometime in the third quarter of the next year.

The most prominent changes will definitely be in terms of the styling, if we can rely on latest reports. We are about to see subtle changes at the front. The rear end could come with some smaller tweaks as well. The front face should be updated with things like new grille and bumper, as well as with revised headlights. On the other side, changes on the rear end would me smaller, probably just a couple of tweaks to taillights and rear bumper. When it comes to mechanics, we don’t expect any particular changes. The 2021 Ford Expedition should carry on in the same way. This means the same suspension setup, which includes a rear independent suspension, as well as with same dimensions.

As you probably know, there are two variants of this SUV. The standard model measures 122.5 inches in wheelbase. This already sounds impressive, but there is also the Expedition Max version, which is adds nine more inches and ensures even more legroom and impressive cargo volume.

On the inside, we probably won’t see more significant changes. The current model features a pretty high overall quality. You can easily notice a close connection with the F-150, as some parts of the dashboard look pretty truckish. Also, there are some areas made of hard plastics, but everything looks quite classy. Moreover, higher trims come with aluminum and wood trim, so the Expedition can look pretty luxurious as well.

Besides nice overall quality, the cabin is also extremely spacious, as we already mentioned. There are three adult-friendly rows of seats and the 2021 Ford Expedition will continue in the same way, accommodating up to 8 people. The cargo area is a story for itself. In the base version, you can count on about 21 cubic feet behind rear wheels and almost 105 cubic feet of overall volume. These are already impressive numbers and the Expedition Max goes even further. It offers 36 cubic feet behind the third row and impressive 121.5 cubic feet of overall cargo volume.

When it comes to standard equipment, we could see a couple of additions, though the things should generally remain the same. In the current model, even the most basic version comes with things like an 8-inch touchscreen, satellite radio, voice recognition, four USB ports, and a Wi-Fi hot spot. In higher trims, you can also get things like additional USB ports, wireless device charging, a household-style power outlet, navigation, a rear-seat entertainment system, HD Radio, premium audio system etc.

In this aspect, we definitely don’t expect to see changes. The 2021 Ford Expedition will carry on with an efficient 3.5-liter turbo V6 engine. In its base version delivers around 375 horsepower 470 pound-feet of torque, which is a pretty respectable power. Highest trims add a little bit more horsepower, so a max output goes up to 400 hp and 480 lb-ft of torque. The engine delivers a lot of power, but it is also quite efficient. It returns pretty decent 17 mpg in the city and 24 mpg on the highway. When properly equipped, the Expedition can tow up to 9.300 pounds, which are class-leading numbers.

Given the updates, there’s a chance to see 2021 Ford Expedition a little bit earlier than usual, maybe even in the third quarter of the next year. In terms of the price, we don’t expect bigger changes, so base versions should go around 53.000 dollars. 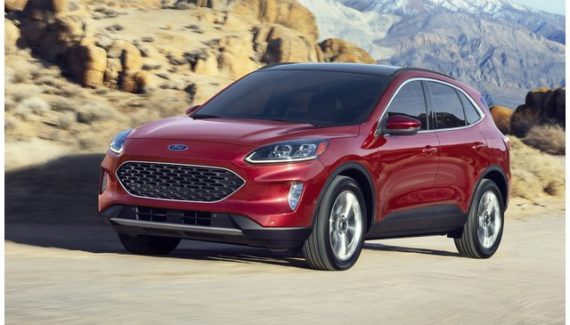