There are some big novelties that we expect from this carmaker. A couple of new models are about to come completely new, but there are also several models that will remain unchanged. The 2021 Jeep Cherokee belongs to the second group. Although the current generation has been around since 2013, it looks it will remain in the production for a couple of more years. The facelift has brought a new front face and it looks like the current model is capable of being competitive for some more time.

The 2021 Jeep Cherokee will carry on in the same way. We don’t expect any bigger change, so you may count of familiar characteristics, which are mostly about great off-road performances, comfortable cabin and intuitive infotainment system. On the other side, there are also several drawbacks, starting from a small cargo area, lackluster base engine and similar things. Considering that there are no bigger changes to come, we presume that the new model will hit the market sometime late in the year.

In terms of base design characteristics, we definitely won’t see any change. The 2021 Jeep Cherokee will carry on with a familiar design, based on the Compact US Wide platform, which isn’t the latest technological wonder but ensures decent ride quality. On the other side, the chassis setup is excellent and there is actually no other compact crossover that offers such impressive off-road performances.

When it comes to styling, the recent facelift made things much better. While the initial model was characterized by a little bit of modernistic, even radical approach to the front face design, the new version looks much better, as it comes in a more traditional, Jeep manner. For the next year, we might see some new color options in the offer, but the rest of the vehicle will definitely remain unchanged.

The interior design of this crossover is a little bit of a mixed bag. On one side, we really like the seats, which are massive and comfortable. Also, the cabin is quiet, while the infotainment system works perfectly. On the other side, there are also some notable drawbacks.

One of the first complaints we should mention is the cargo area. Most rivals offer more cargo volume. The Cherokee is good for about 26 cubic feet behind the rear seats, while the overall cargo capacity goes up to 56 cubic feet. Both are below-average ratings.

Jeep models are generally known for very good interior quality. The Cherokee looks decent as well. There are some pretty nice soft-touch surfaces, but a couple of areas feature hard plastics as well. The current model has been around since 2013, so it’s no wonder that younger rivals look more attractive. All in all, the overall impression is more than okay.

As we already mentioned, the biggest novelties for the 2021 Jeep Cherokee could be additions in terms of standard equipment. Still, even this aspect won’t bring any significant changes, so most of the things will remain the same. This means you may count on tech features like a 7-inch touch screen, a six-speaker stereo, a USB port, Android Auto, and Apple CarPlay. In higher trims, you can also get things like an 8.4-inch touch screen, navigation, satellite radio, a nine-speaker Alpine audio system, panoramic sunroof etc.

When it comes to safety, all models are equipped with things like a rearview camera and rear parking sensors. Things are much better in higher trims, where you can also get driver assist features like lane departure warning, rear cross-traffic alert, forward collision warning, automatic emergency braking, adaptive cruise control, blind-spot monitoring etc.

Things under the hood will definitely remain the same. So, you may count on two familiar powertrain options and a new turbo-four.  Base models will continue with a familiar 2.4-liter four-cylinder engine, which is good for about 180 horsepower, which is good but definitely not a great choice for those who prefer peppier ride. There are two much more capable options in the offer, starting from a familiar 3.3-liter V6, which is good for about 271 horsepower. Finally, there is a new 2.0-liter turbo-four, which is definitely the best choice among these three. It is as powerful as the V6 but delivers notably more torque. Also, it features a much better fuel economy than the V6. The turbo-four returns around 23 mpg in the city and 31 mpg on the highway, while the V6 is good for about 20/28 mpg city/highway.

As there are no bigger changes to come for the next year, we presume that the 2021 Jeep Cherokee will come sometime late in the year. The price should also remain pretty much the same, which means that base models will probably go around 26.000 dollars. Key competitors are models like Chevy Equinox, Ford Escape, GMC Terrain etc. 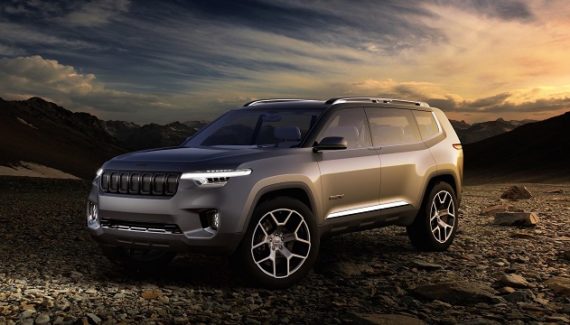