Big things are coming next year when it comes to the Korean manufacturer. One of the biggest novelties that we are about to see is the next generation of the mid-size Sorento. The three-crossover has always been considered as a great value for the price. Great interior, straightforward infotainment system and affordable price have been some of the strongest points for years. Now, we expect to see further improvements, especially in areas that have traditionally been considered as weak points of this three-row crossovers. This particularly refers to the cargo area, as well as the overall driving experience. The 2021 Kia Sorento is about to hit the market in the second half of the year. The testing model has been on the road and it looks ready in many aspects. However, we are still waiting to see it without the camouflage.

Naturally, we count on a lot of improvements to come with this redesign. First of all, we expect to see a completely new styling. The new model still wears a complete camouflage, but we can easily notice that the new model will come with notably sharper lines compared to the current model. This particularly refers to the front end, which feels a little bit rounded in the current model. We count on sharper headlights and a little bit bolder griller, though most experts don’t believe the new model will have too many things in common with the new Telluride.

When it comes to mechanics, we expect to see notable improvements. Details about the powertrain options are still about to come but on the other side, things like new suspension setup, which should provide much better cornerings, as well as the overall handling. In terms of base specs, we don’t expect to see some significant changes in terms of dimensions, although a slightly longer wheelbase would be nice, as it would ensure more space on the inside, particularly in terms of the cargo area.

When it comes to interior design, it is still early to talk about details at this point. Still, we may presume that some inspiration will be taken from newer models of the brand. We count on digitalization in a large portion. This particularly refers to the center stack, where many controls could be replaced with the new, larger touchscreen. Some reports also suggest we could see a digital instrument cluster, at least as an option. Of course, we count on many more additions in terms of the standard equipment. Naturally, the focus will be on tech goodies, particularly in terms of new infotainment technologies. Still, new safety features are also expected.

Another important aspect where we expect to see improvements in the interior space. The current model is quite generous in the first two rows. On the other side, the third row is cramped, while the cargo area is also very tight for the class. Therefore, we hope that the new 2021 Kia Sorento will come with a little bit longer wheelbase, which can provide a little bit more space in these areas.

When it comes to engines, the current model comes in two variants. The base model is equipped with a familiar 2.4-liter four-cylinder engine, which delivers around 185 horsepower. It’s not particularly fast, but it definitely has enough power for a convenient daily ride. Also, we like the fact that this engine returns pretty solid 22 mpg in the city and 29 mpg on the highway. On the other side, the optional V6 is notably thirsty but also delivers significantly better driving experience, as it is good for about 290 horsepower. There is a big chance that the 2021 Kia Sorento will continue with both engines in the offer, though we could see improvements, both in terms of power and efficiency. When it comes to the transmission, we expect that the base four-cylinder will also switch to a smooth-shifting 8-speed automatic gearbox.

Besides two familiar gasoline options, we also count on some form of electrification. At this point, details are still unknown. Still, we expect to see a hybrid powertrain in the offer soon, probably based on a four-cylinder engine. Soon after, we could see a plug-in hybrid model, while the all-electric version doesn’t seem impossible either.

The 2021 Kia Sorento in the advanced stage of development and the testing model could take off the camouflage any day. When it comes to production, we presume it will start sometime in the second half of next year. On the other side, it is hard to predict the exact price for the new model. The current generation is one of the most affordable models in the class, but the new version could be slightly more expensive, though we hope base models will remain under 30.000 dollars. 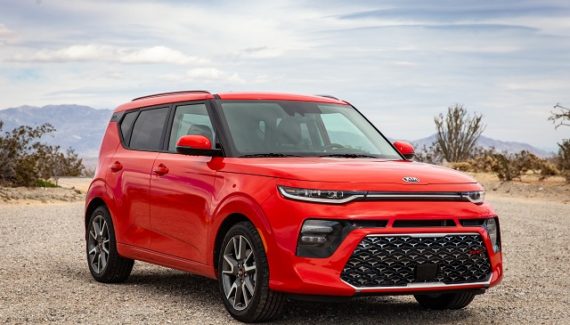